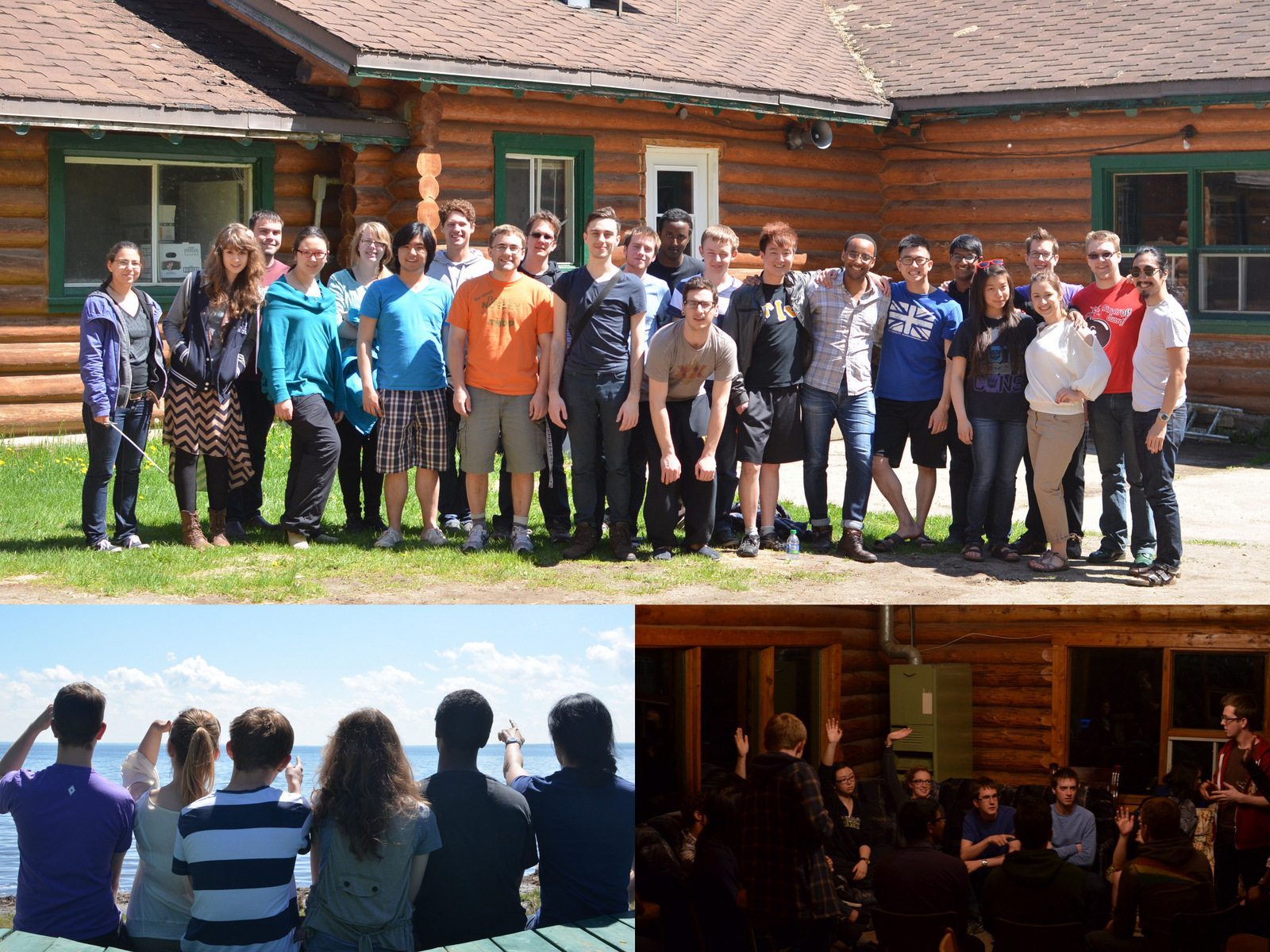 Top: We got one more group photo before we boarded the bus. We were all running pretty low on sleep, but I'm sure the new friendships were a source of our smiles.

Bottom-left: One of the must-dos at Pigeon Lake is checking out the lake, so a bunch of us took in the sights.

Bottom-right: My non-academic highlight of the trip was playing Werewolves. We played late into the morning, so it technically counts as Sunday! It was an interesting exercise in learning about people's bluffing and negotiation skills. Werewolves (AKA Mafia) is a card game modelling a battle between an informed minority (the werewolves) and an uninformed majority (the villagers). Players are secretly assigned roles: either werewolves, who know each other; or villagers, who know only the number of werewolves amongst them. In the game's night phase the werewolves covertly "murder" a villagers. During the day phase, all of the surviving players debate the identities of the werewolves and vote to eliminate a suspect. Play continues until all of the werewolves have been eliminated, or until the werewolves outnumber the villagers. (Source: http://en.wikipedia.org/wiki/Mafia_(party_game))