Lougheed will be remembered for founding the still governing Progressive Conservative political dynasty, which he led as Premier for 14 of the party’s 41 years in government. As Premier, Lougheed worked to preside responsibly over Alberta’s natural resource development, creating the Heritage Savings Trust Fund.

Lougheed had a large impact on campus, foreshadowing the impact he was to have on the provincial landscape after graduation. As a student, Lougheed started his political career as Freshman Class President, played football for the Edmonton Eskimos, covered sports for The Gateway, joined a fraternity, and served students as Public Relations Officer and finally Students’ Union President.

As a student politician, Lougheed will be remembered for fighting for post secondary education as key to a successful province. Speaking to Edmonton’s Rotary Club in 1951, Lougheed warned that high salaries in industry, among other factors, were resulting in declining student enrollent at the U of A, a serious problem that had to be rectified.

Coverage by the Edmonton Journal stated that “(Lougheed) charged every citizen with the responsibility of seeing that an adequate supply of professional men in all fields is promised for the future development of the province.”

“That Lougheed’s contributions to this campus and to Alberta as a whole still resonates with so many people speaks to his great legacy as one of the most visionary premiers in Canadian history,” said Vice President External Petros Kusmu. “It is humbling to think of the great role models who have studied here before us at the U of A, and the amazing things that they have gone on to accomplish.” 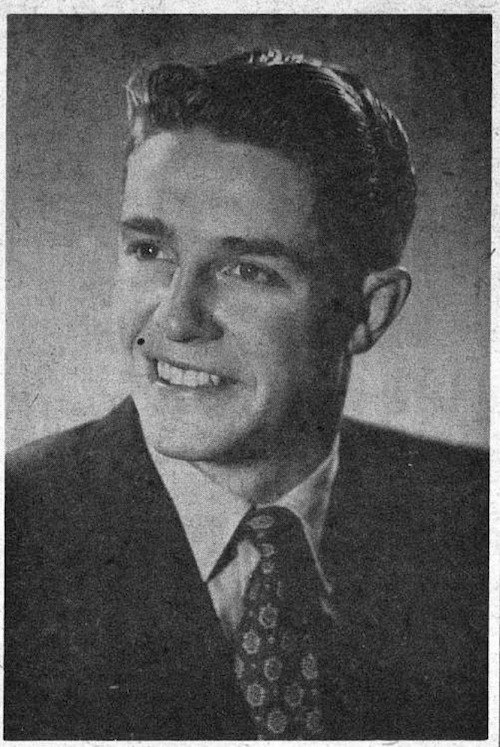 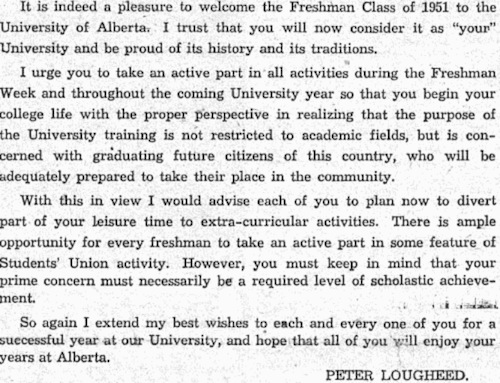