My Thoughts on Quebec 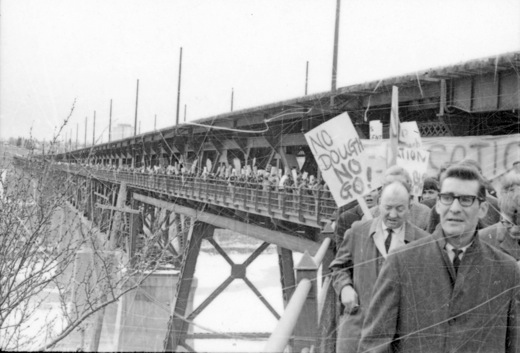 Wow. So in case you've been living in a cave for the past 100 days or so, post-secondary education (PSE) issues and student issues are now in the national spotlight. Why? Well yes, the global Occupy movement has surely contributed to it. But an even larger catalyst has been the massive protests in Quebec which have been going on for over a 100 days and have recently gotten up to 400,000 people taking to the streets.

However, this recent "Maple" Spring has definitely got people debating intensely about the issue. In my case, the majority of the media interviews I have given so far in my role as Vice President (External) have been related to the Quebec protests. With this in mind, I figured that I should inaugurate my very first blog post with this very popular and important topic.

I sympathize with the students in Quebec. Yes, our tuition in Alberta is nearly double that in Quebec. And yes, out-of-province students in Quebec are charged higher tuition — but that’s another issue. Rather than employing the "THEY GOT IT GOOD, STOP WHINING" argument, I figured that I should take the time to break down this scenario a little bit more and relate it back to us students in Alberta. I’ll start off by explaining the Students’ Union (SU) and our lobby groups’ stances on things like tuition and fees. From there, I’ll try to draw some parallels between our stances and our advocacy history to the current situation in Quebec

Here at the SU and at the Council of Alberta University Students (CAUS–our provincial lobby group), our advocacy principles in regards to the cost of PSE stress accessibility, affordability, and predictability. Now whilst the first two principles are pretty well publicized, the latter point is something that's often forgotten. For those in high-school or for those parents with children considering PSE who will be contributing to their child's education, being able to plan for PSE costs ahead of time is crucial. After years of solid advocacy efforts, campaigns, and protests, the SU and CAUS broke ground for students when the government decided to limit tuition increases to the Consumer Price Index (CPI) in 2004.

However, with this in mind, we still have a lot of issues ahead of us — the two of them being the unfairly implemented mandatory non-instructional fees (MNIFs) and market modifiers. For starters, despite tuition being capped by CPI, universities across Alberta have been able to get away with levying MNIFs on students. Normally, students vote on whether we should pay a MNIF or not, the U-Pass being one example, funding for Student Legal Services being another. Contrary to what some think, when fee proposals have demonstrated a real benefit to students, students have tended to vote in favour of them; in fact the fees pass 76% of the time for CAUS member schools. Students are okay with fees, if WE see value in them and if WE have the final say. In addition to the most recent U of A MNIF — which is pretty much tuition by another name — Market Modifiers are extremely worrisome. Despite tuition’s regulation, the provincial government can allow for certain programs to increase their tuition to levels that are comparable across the country, which has resulted in a couple of professional programs having tuition increases of up to 70 percent. Looking at the challenges students are facing in Quebec, our recent history with regards to PSE in Alberta helps me to sympathize with their challenges. For starters, if our tuition increased by 75% over five years, people would rightfully be angry — imagine if you’re a student or parent planning to pay for a post secondary education. Higher tuition — which is in addition to the living expenses one is saddled with while attending university — can be detrimental to those with rural and lower socio-economic backgrounds.

It should also be noted that these protests are about more than just tuition hikes, but about how much debt students need to take on in order to complete their education and how our society needs to prioritize education. Just like the policy approach of the SU's federal lobby group, the Canadian Alliance of Student Associations (CASA), I truly think that most people believe students should not have to accumulate an unreasonable amount of debt in the pursuit of PSE. However, the average student debt upon graduation in Alberta is approximately $25,000, which is having a permanent effect on our generation. Think about it — students with debt this high are significantly less likely to purchase a home, establish a family or establish savings ten years out of graduation than their peers. Generally speaking this is going to make this generation of students less able to take the risks necessary to jumpstart their careers as compared to the generations before us.

Higher education is the vehicle through which social mobility is possible. If we don’t take a stand to ensure that society prioritizes PSE, those currently underrepresented and not in the system will continue to be shut out. That’s what this debate is about, not about entitlement nor laziness. Students work HARD and we want to work even harder to advance our careers and aspirations. Plenty of us work one or sometimes two part-time jobs, volunteer like there’s no tomorrow, and still shoot for excellent grades. Ensuring that tuition is reasonable doesn’t mean that students are going to work less, it just gives us the opportunity to work harder at our primary job–the pursuit of knowledge. And this mantra is true regardless if you study in Alberta or Quebec, making the fight for education a battle worth having.